Unusual New Year’s Traditions from around the world

Most of us associate New Year’s Eve with fireworks, parties, a New Year’s kiss at midnight, and maybe a little bit of crossing arms and singing Auld Lang Syne.

In other parts of the world, New Year traditions are a little bit different…

Spain: Why do I have to gulp down 12 grapes at midnight?

In Spain, their New Year’s Eve tradition is for each person to have 12 washed grapes at the ready. As the clock chimes midnight it is customary to eat 12 grapes, one for each chime of the clock. 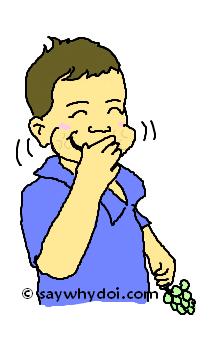 Why is this tradition done? It all started in 1909 when there was a huge surplus of grapes in the country. Instead of having them rot, one clever soul had the bright idea of using the grapes as part of a fun New Year’s activity.  The idea behind it was that each grape represents a month of the year. A sweet grape means that month will be a sweet one for you, whilst a sour grape is less of a good omen. In other households the tradition is to make a wish on each grape.

The challenge is to try and swallow them all before the last chime of the clock. By the final chime, the year has likely already started in good humor as everyone gazes round at their fellow celebrators with their hamster-like bulging cheeks!

Since 1909, this fun tradition has spread to Portugal, Mexico, Venezuela, Guatamala, Cuba and Peru.

Philippines: Why do I wear polka dots on New Year’s Eve? 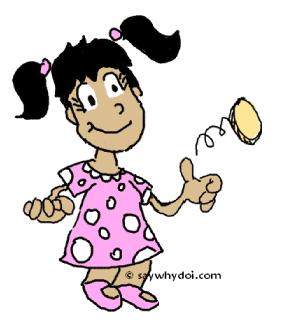 In the Philippines, the circle is the shape of the day on New Year’s Eve. Why? Because it’s the shape of coins so is a tradition for attracting wealth and fortune in the new year.

As a result, it is a Filipino New Year custom to:

Denmark: Why do I jump off a chair at midnight?

In Denmark it is a New Year’s tradition to climb up on chairs, and leap off them as the clock strikes midnight. 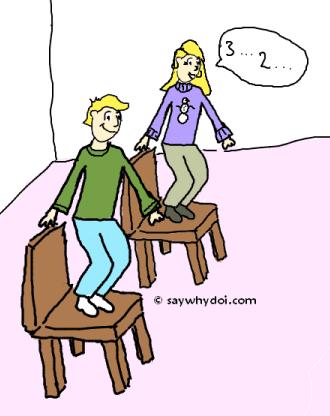 Why do they do it? It is aimed to banish bad spirits, bring good luck and symbolically shows you are ready to leap into the new year ahead.

There was another interesting Danish New Year tradition that is sadly obsolete these days, which involved throwing and smashing plates on friends’ and neighbours’ doors. The more friends you have who cared enough to smash a plate lovingly on your door, the higher your pile of broken crockery on your doorstep, and the better the omen. The higher the pile, the better luck you have for the year ahead.

Scotland & Iceland: Why do I have bonfires on New Year’s Eve?

A lot of countries that were once inhabited by Vikings retained the Viking tradition of making bonfires to banish bad spirits and purify everything for the year to come. Some parts of Scotland and Iceland still have these yearly bonfires on New Year’s Eve.

South America, Central America & Italy: Why do I have to wear certain coloured underwear on New Year’s Eve?

In South America, Central America and Italy, certain coloured underwear is believed to be lucky.

Ecuador: Why do I burn Scarecrows in my yard on New Year’s Eve?

House after house, you can see people gathered outside, around a burning scarecrow.

Why do they do it? It is believed that the scarecrow scares away bad luck in the same was that it works to scare away birds in the field. The act of scarecrow burning is effectively a purification of bad things, paving the way for good luck in the year ahead.

Norway & Germany: Why do I eat circular pastries on New Year’s Eve?

In Germany and Norway, circular foods are customarily eaten on New Year’s Eve. In Germany doughnuts are popular, and in Norway kransekake (ring cake) may be eaten. The circular shape represents a year coming to a full circle, as you complete one year’s cycle and are ready for the next one.

Mexico: Why do I find coins in my sweet bread on New Year’s Eve?

It is a Mexican tradition to bake sweet bread with some buns having a coin or a charm hidden in them. Finding one of these gifts in your snack is an omen of good luck for the coming year.

There is another Mexican tradition which involves making lists of all the negative things you’ve experienced in the past year, and then burning these lists in a bonfire. The idea is to clean away any cobwebs from the past year and enter the new year free from these old worries.

- Why do we have the New Years Kiss tradition?
- Why do we sing Auld Lang Syne on New Year’s Eve?