With the popularity of emails, SMS messages, online chat and the TV show Gossip Girl, it’s very common to see people signing off with “x kisses” or xoxo hugs and kisses. But have you ever stopped to wonder the origin of the xoxo hugs and kisses symbols?

X kisses: Why does X stand for a kiss?

There are two main theories about why X stands for a kiss:

Since the Greek word for Christ is ΧΡΙΣΤΟΣ (Xristos), which starts with the letter “x”, and since the letter “x” also resembled the Calvary cross on which Jesus was crucified, this letter was often used as a holy symbol amongst Christians. Because of its association with Christ, the letter “x” soon evolved to have new purposes.

Around the Middle Ages, most common folk on the street didn’t know how to read and write, so if there was a document or important contract they had to sign, they would be unable to write their name. Instead they would draw the letter “x” since it had an association with being a holy symbol that was closely linked to Christ. 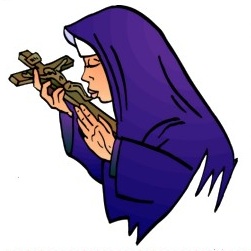 This seemed appropriate particularly in documents that involved the need to promise something by “swearing to God” with the utmost sincerity. To demonstrate that the “x” they drew was drawn with earnestness, the cross would often be kissed to show that their intention was heartfelt. The habit of solemnly kissing holy artefacts like the Bible or a crucifix was also already a well-practised tradition.

Eventually the “x” became so closely associated with the kiss that is became the symbol for being a kiss.

I’m not sure about the validity of this theory but some have suggested that X came to symbolize a kiss after someone in history decided that the letter X looks like two people touching lips in a kiss, and this idea caught on: 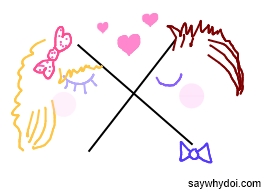 O Hugs: Why does O stand for a hug?

The origin of the letter “o” as a hug is not so clear, though its use in the famous “hugs and kisses xoxo” seems to have arisen in North America.

Some suggest that it got its meaning from resembling the arms encircling someone in a hug.

One Response to Origin of XOXO: XO Hugs and Kisses Symbols